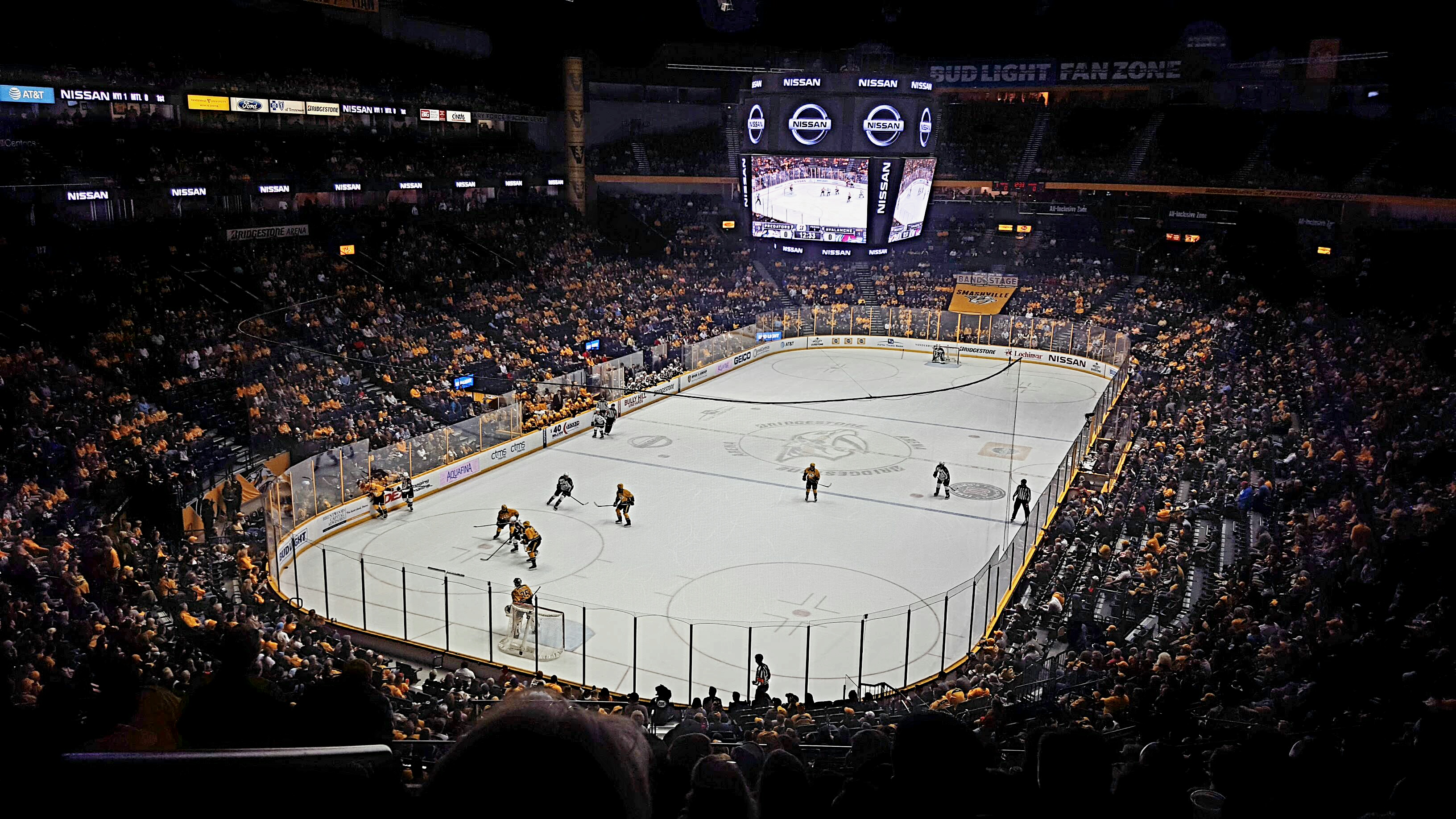 Lets’s be real here. I grew up in Texas, where football rules and you can probably argue baseball comes in second. But hockey? Well. It’s not cold enough in Texas to give it any real serious attention. And moving to Nashville didn’t change my opinion any because, well, old opinions die hard and Predators hockey was just like someone speaking a foreign language to me. And lets face it, Preds hockey 10 years ago isn’t the same as Preds hockey today.

I finally bought a Predators t-shirt several years ago to wear to work on game nights. I can clearly remember exchanging barbs with Blackhawks fans one Saturday night when Chicago came to town, admitting my complete lack of knowledge of the game. All Preds games meant to me was some decent tips on game nights! (Okay, so I took a LITTLE more interest in that, but only a little.)

I finally got to go to a game when I received two free tickets for attending the SEYA Kickoff Party prior to football season starting. As my husband likes to say, “I was lost and last year’s Easter eggs” at the game. Icing? Hat trick? What? Somebody punch somebody already!

No, in all seriousness, I had a total blast and was ready to go again sometime. I even bought a new Preds shirt and I totally lusted after the jerseys. Unfortunately, it would be at least 2 years before that happened. Which, happily, was THIS year. And we won. And I had no idea a few months later this entire city would be swept up in hockey fever as the Preds play for the Stanley Cup.

Bandwagon fan? I guess am. In my defense, I don’t have any plans to go to the game watching parties downtown (but we might go to one of our favorite bars to watch the game tomorrow for Game 1 against the Penguins). And the only new Preds gear I have is a tank top and towel I got at work. I do actually understand the game a LOT more than I did a few years ago (though still not enough to hold a really intelligent conversation) and in the end its really, really hard not to get wrapped up in the excitement here.

So am I now a hockey fan? Yeah, I guess I am. I get it now. I’m sorry it took me so long to listen to friends and give in to it. But I’m here now, and will proudly, “Stand with us.”