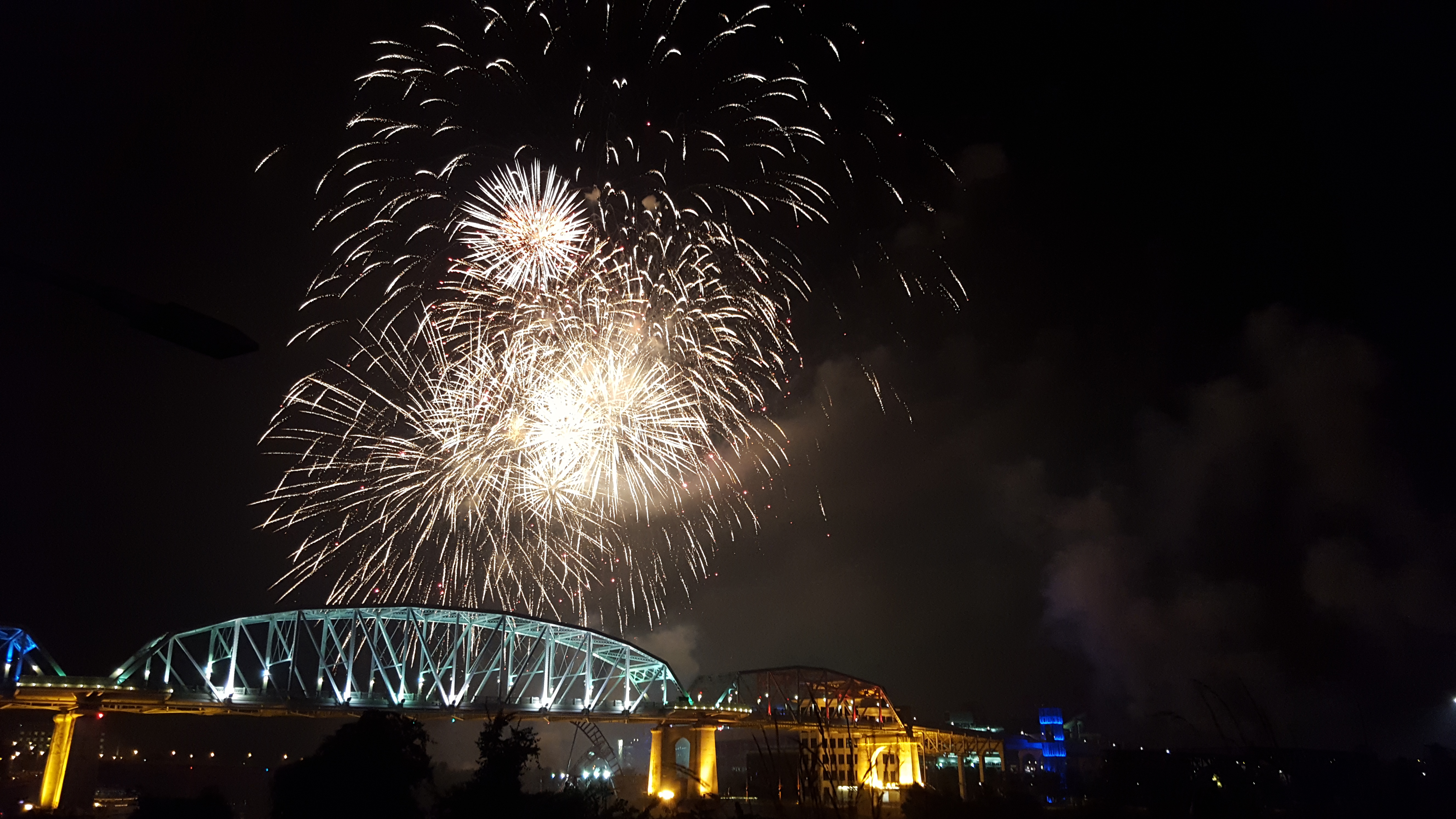 I love the app Timehop. Well, I love the concept of it. I hate the current user interface, but that’s a rant for another time. But on holidays like July 4th, I love thinking about where I was on that day through the years.

Growing up, I remember things like getting fire crackers and sparklers to light in the driveway. I remember going to see fireworks displays now and then. I mostly remember good barbecue and family time. Oh and watermelons. A fresh watermelon on a hot summer holiday.

Since getting married, my July 4th are extra unpredictable… with my husband touring you never know one year to the next if he’s going to be home, doing a show I can go to, or if I’ll be flying solo for the day. Often my parents come to visit for the holiday, too.

This year, its just me. On a rainy Tuesday with no where to go and this feeling of not wanting to really do anything that resembles work. If the rain breaks long enough, though, I plan to go searching for photo opportunities around my little town.

All this being said, how DID I spend the last several July 4ths…

2016 : Downtown in Nashville. My husband drove bus for one of the artists that played the event downtown at Ascend Amphitheater. And lets face it, Nashville really does have one of the best fireworks displays in all of America. I was giddy to tag along and help baby-sit the bus for the day.

2015 : My parents visited. My husband was on the road and I spent the day with my parents doing things around Gallatin. We went to church, and the ultimately ended up watching some of the fireworks being set off in my neighborhood.

2014 : Fiddle & Steel. Our last July 4th before the bar closed. It was pretty empty until the Fireworks were over. Then it was crazy busy. But I was very happy to have gotten to watch most of the fireworks (well, that I could see) with friends (and my husband who was home!), standing at the end of Printer’s Alley. A sweet memory for me.

2013 : By myself. Much like this year, I spent the holiday on my own at home. Watching the fireworks on TV.

2012 : Mom & Dad visited. My husband was home and we grilled out… what a perfect July 4th it was with family! We watched the Nashville fireworks on TV that night and just enjoyed a super relaxing day.

2011 : Spent the day at home. My husband was on the road, where they did a show in Joplin, MO. Most of my social media posts from that day are retweets from his camp about how humbling it was to see the devastation from the tornado that has gone through.

2010 : Good-bye Sully. I celebrated July 4th with my husband the night before in Clarksville, TN. It was INCREDIBLE, and it gave me some of my most favorite memories attending a show. However, when I got home that night I found my cat paralyzed from the back hips down. He’d thrown a blood clot, probably from fear caused by our neighbors shooting off fireworks. We said good bye to him that holiday, and ever since then I’ve despised fireworks in neighborhoods.

2009 : Rogersville, TN. My husband had just recently started with a new camp and it was the first time I met most of his bandmates… people who would become dear friends. My parents were visiting so we drove to East Tennessee for the show.  So many fun memories from that trip!

2008 : Downtown Nashville. This was the last time I went down to see the fireworks as just a spectator. My parents were visiting and I took them downtown to see the display. My husband was playing a gig at The Stage that night, so was got to spend a little time with him. My parents and I still talk about how much fun that was to do!

2007 : Anne visited. My first July 4th as a Nashvillian, one of my best friends was visiting for a few days. Among the fun things we went to do while she was visiting was trek downtown Nashville for the firewroks display. I remember my husband called after his show (I want to say he was in Florida???) and he was watching the Fireworks being shown on CMT. It was pretty amazing. What a great memory, 10 years later.

2006 : HAWAII. Okay, a bonus memory… July 4th in Hawaii. I mean. C’mon. My now-husband did two nights back-to-back for the holiday, and I got to go on the trip with him. Oh and should I mention Molly Hatchet and 38 Special were also on the bill? And we got to spend an extra day just exploring the island? Yeah it was pretty magical.

Whatever you do. Wherever you go. I wish all my fellow Americans a Happy Independence Day! Don’t forget to reflect on WHY we have this holiday, and be safe out there.

Spotted at a bike show this weekend... #lifeissh

River is fascinated by the rain falling outside. H

Love filled the room today as we celebrated the li

Mine and my husband's (@craigmattoxkeys) world got

The wheels kept turning, and they brought him home

I call them God winks: When something so random se

It's been one week since I basically shut down wit