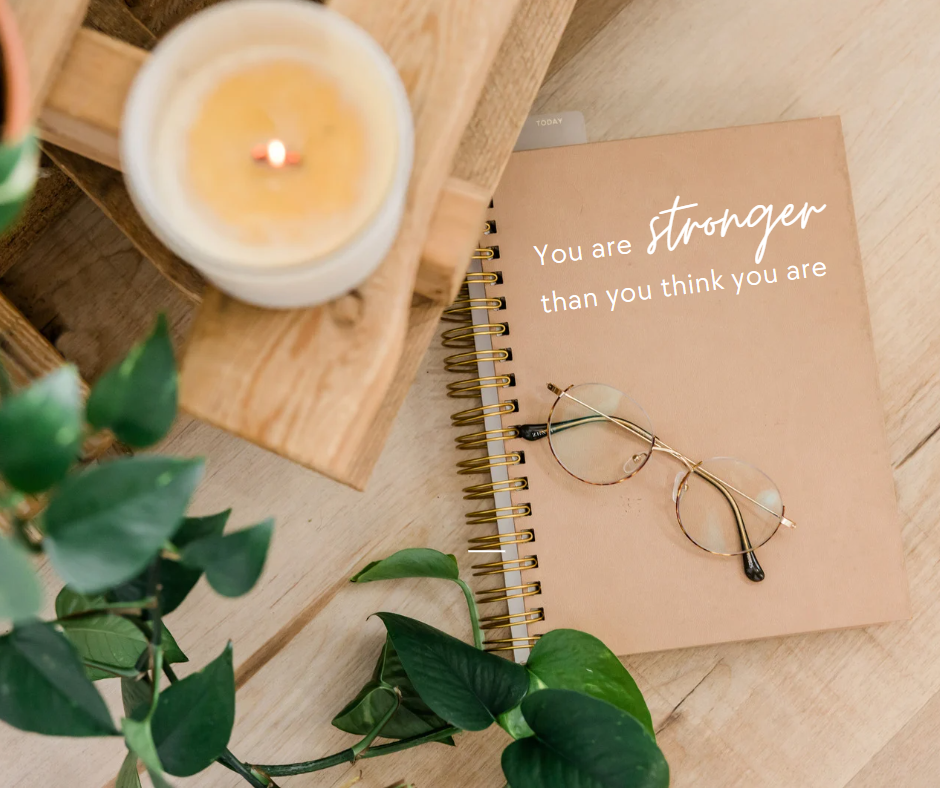 This coming Friday is my last round of chemotherapy for breast cancer. Following this will be surgery, (probably) radiation and continued immunotherapy.

I’ve been a ball of anxiety for the last week. I’d read about women feeling anxious, and even depressed, at the end of active treatment, and I just couldn’t fathom that… until now. I still have a lot of active treatment ahead of me, but the upcoming end of chemo has dropped me back into the realm of the unknown.

When first diagnosed with cancer, the unknowns are pure torture. Those days are absolutely the darkest and the hardest days. When a plan begins to be made, some of the anxiety eases. For me, once I went into chemo treatment I felt a weight lift off my shoulders. We were actively in battle against the cancer cells that had appeared in my body. I had a schedule on my calendar, and I knew we were fighting hard.

I’m ready to take the next step. I’m ready for the next phase. I’m anxious about leaving the comfort and security of active chemotherapy (that sounds so weird to say and feel, but its true), but I’m ready to say good bye to the little headaches of chemotherapy.

When you hear someone is going through chemotherapy, I think there are three things that come to mind (at least these were for me): hair loss, fatigue and nausea. I feel like those are the big three things that even Hollywood uses to depict, well, cancer in general.

However, seriously. There’s so many little things that no one talks about much with chemo… or at least I’ve experienced with my particular combination of drugs. And its THOSE things I’m most looking forward to being a memory.

Nose bleeds. This one is probably at this point the thing I am most ready to have end. I have nose bleeds every single day. Sometimes a few times a day. The reason for these are my next two little things.

Dryness. Everything is so dry. My skin is dry. My nose is dry. My mouth is dry. I strive to get around 64 oz of water a day, and it still doesn’t seem to be enough most days. I have lotion stashed EVERYWHERE, and yet still my skin is dry and cracked. It’s a challenge!

Hairless. My husband was complaining about nose hairs the other day, and I told him I wish I had nose hair. Not only do I have nose bleeds, but if I get even a little bit of a runny nose I better run for a kleenex. I don’t have any hair in my nose to stop it from running like a faucet. (I will say, though, I’ve enjoyed not having to shave my legs and underarms. THAT’S been a treat.)

Fingertips & nails. The chemo I’m taking can also make you lose your nails, and it can cause neuropathy. I’ve done mostly ok with both thanks to icing my hands and feet during treatment. But still, my fingertips have very little feeling. (I went through a few weeks where I had no feeling at all, but at this moment its a little better.) My nail beds have dark bruises and my fingernails hurt often. I’ve learned to reach for a knife or bottle opener for things like opening cans or peeling stickers off things. I keep my nails painted to protect them, but also to hide how bad they look. I’m looking forward to that no longer being a thing. Eventually.

Acne. Its a cycle. I get steroids with treatment, and so the week I feel like crap is also a week where I have the best skin. Then about the time I feel better (less fatigued, and my stomach settles down) my face breaks out like a teenager. My skin dry and sensitive, so I have to use mild skin care that doesn’t have much acne fighting stuff in it. I’m a bit better about the time I go in for treatment, and the cycle starts over again.

Strength. When I started treatment in September, I was in probably the best shape of my life upper body strength-wise. I could move kegs, and stack them fairly easily. Now I can hardly drag a small keg across the room. Forget about moving much more than one, maybe two, cases of beer before I am spent. I look forward to rebuilding my strength this coming summer. Same with my legs. These days if I squat down, I need someone to help me up. My quads are just shot. I look forward to rebuilding my stamina as well.

Food. I miss tasting food. I miss not choosing food based on its texture. I miss enjoying eating, versus eating just because I have to stay nourished. I miss… food.

I’ve tried not to complain about all of these things, as in the grand scheme they’re not a big deal. (I’ve totally complained about the food thing, though.) They’re little things. I’m fighting cancer, and I’m going to beat it.  I’m going to be on the other side of this, and this will all be a memory. I will have learned a lot, and I will be wiser and stronger because of all of it. Maybe especially for all these little things.