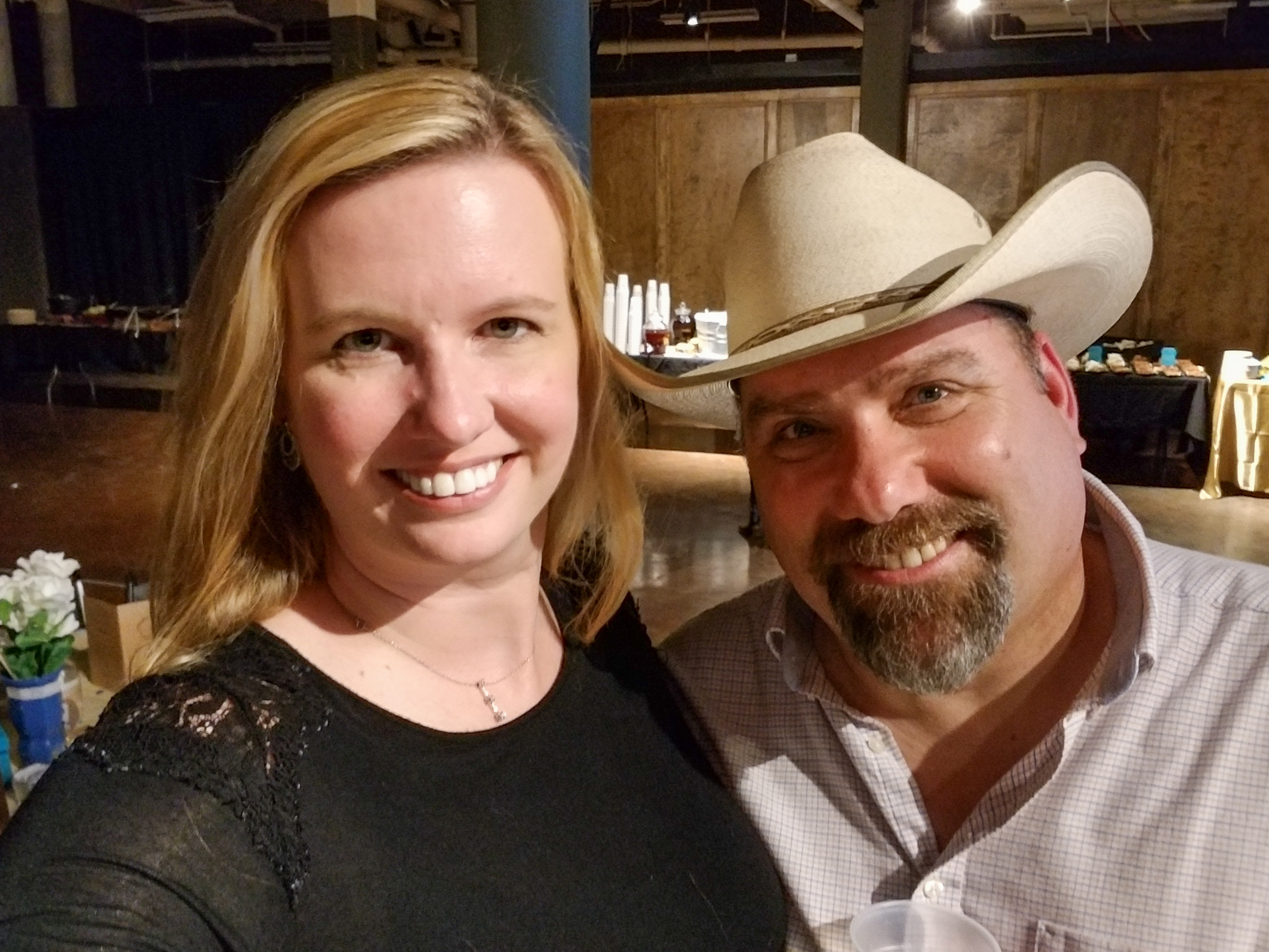 In the 11 years my husband and I have been married, we’ve gotten to go to THREE weddings together. And one of those was our own! It’s just the nature of road-life, and the fact that concerts are on the weekend… and so are weddings.

Yesterday, we got to attend that third wedding together, but it wasn’t without our own flavor of, “This isn’t normal.”

When my husband’s former boss announced he was getting married, and we received the Save The Date, that’s exactly what we did. Joe had, though the years, become more of a friend than “boss” and my husband and I had both long before been declared, “Honorary Diffies.” So going to the wedding was a no-brainer. We blocked it off, and my husband made sure to tell his company that he needed that day off.

As the day drew closer, I was asked no less than four times to sub for people at Yazoo Brewery (where I work in the taproom, going on two years now), and I declined every time. We had agreed we were going to this wedding.

I worked at the brewery on Thursday, and I caught wind of the fact that the taproom was going to be understaffed on Saturday, because so many people needed off… and most of the subs were also busy. So I volunteered to come in and help close Saturday night.

So that being said, despite taking the day off to go to the wedding, we were both still going to be working. Sounds about right for us…

Friday, I took my husband to the bus. Half-way to the bus, my husband remembers he was supposed to pack his wedding clothes… and he didn’t. So it would be up to me to put all that together for him to change after he got back into Nashville.

I got home and put his clothes together. I put a shine on both of our boots, and I was ironing his shirt at 2:30 am. I hate ironing, but sometimes its necessary. And it DID make it look nice. I also discovered I didn’t have any wedding wrapping paper to wrap the wedding gift we’d ordered… and that had arrived that same day. I’d have to get some the next day and somehow wrap the gift before getting to the venue.

It’s fine. Everything is fine. I can do this.

The next day, I got up and talked to my husband on his layover. Everything was on track to flow fine. I’d shower, get ready, load up the truck, go buy some paper and head to the airport. All good.

Just as I was about to shower, my husband texted. His flight was delayed. No. No no no no no. 899 times we can fly with no set thing we have to be back for and we both ultimately land early, and the ONE time one of us MUST be there… there’s a delay.

It’s fine. Everything is fine. We have about a 30 minute cushion.

I shower, get dressed, get everything together. Then just as I go to load the truck… it starts dumping rain. OF COURSE IT DOES. So now I’m making multiple trips because I’m holding an umbrella in one hand back and forth from the house to the truck. Four trips back and forth later, I’m in the driver’s seat, curls in my hair not so curly, but I am ready to go. I head to the store and not a mile from my house the rain just stops. Oh okay. I see. Thanks Mother Nature. I pick up the paper and head towards the airport.

I’m about a mile from the exit to the airport when my husband texts that they’ve landed. WHEW! So this actually worked out perfect. See? I said everything was fine.

I pulled into the cell phone waiting area and did the fast gift-wrapping job ever on the center console on the truck. Was it my best wrap job? No. But given the circumstances, I impressed myself. It didn’t take long for my husband to call and say he was at the curbside. I went down, picked him up, and off we went. We started talking about his having to change clothes, so we opted to stop in a gas station and he went inside to change.

Yes. My husband got dressed for a wedding in a gas station bathroom. Complete with shaving. He brushed his teeth in the parking lot, and it was then that he went, “NOTHING about this is normal.”

I snickered and went, “What about our life is normal in general?”

We headed to the venue and pulled in right behind two friends, so after valeting our vehicles we all went inside together. Held at the Musicians Hall of Fame in Nashville, the venue was huge, and so very fitting. This was the first time I went to a wedding where everything was completely self contained. We sat at our tables for the ceremony where we would be sitting for the reception.

The ceremony was sweet, with the bride’s daughter giving her away. The groom’s two oldest children served as Best Man and Maid of Honor. They said their own vows in addition to the typical vows you say as you exchange rings. It was just really sweet. There were happy tears, and in no time they were declared man and wife. (I told the bride her choice of turquoise cowboy boots under her white dress was perfect… she was beautiful with that touch of “something blue” and sass!)

The wedding party left to take photos while all the guests continued to mingle. We saw so many old friends — some we haven’t seen in years — and we thoroughly enjoyed just getting to experience the day together.

A barbecue meal and dancing followed. At one point, I had a moment. A totally surreal moment.

Let me back up a moment to say, I’ve been a country music fan my whole life. I did the Fan Fair things as a fan. I’ve stood in line to meet my favorite artist. I used to be the go-to person in high school to confirm country music news and gossip.

When my now-husband and I became friends, I had to really consider if I was his friend because of him or because of his job. But it soon became obvious we truly were friends because of him as a person, and his job just became secondary. And lets face it… I have long since then seen plenty of women date musicians because it seemed “glamorous” only to realize its actually not the easiest of lives and then bail.

So I say ALL of that to say, these people I was surrounded by at the wedding are my friends, but there’s that 16 year old fangirl inside pinching herself all night long at how crazy it all is. And the biggest, most overwhelming moment, was when my husband and I are dancing right beside the bride and groom — the groom being someone I clearly remember buying his CDs and seeing him at Fan Fair when I went as a fan — as the act he played for when we got married is singing. The fact that the people on stage were part of our lives when we were engaged, and who were such cheerleaders for us, were singing at this wedding. I just… I had to close my eyes and let it sink in. This isn’t normal. But its OUR normal. And I never take moments like that for granted.

Before long, we were excusing ourselves to get to the brewery at closing time. An hour after that moment, my husband and I were both rolling up our sleeves and helping clean tables and the kitchen. Helping get the other staff members — who had been through the ringer with a busy day short staffed — out the door and to their own homes.

We closed our night sitting on our couch before midnight, watching TV in pajamas with the cats. Our crazy weird life ending with a perfect taste of normalcy. That Saturday night and wedding will definitely go down as one I’ll always remember. I am so glad everything truly did work out perfectly… in our own wacky way.