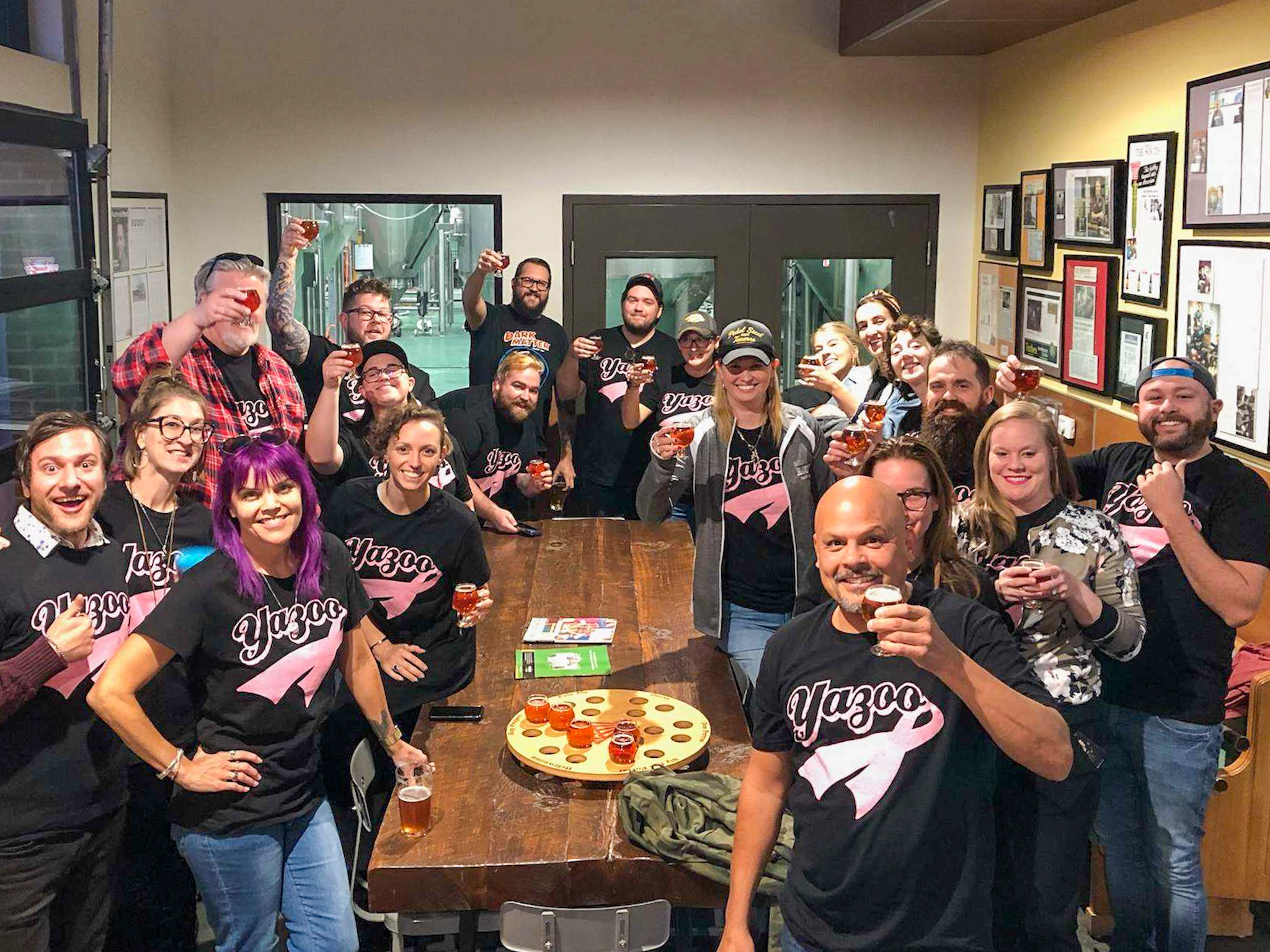 It doesn’t feel like two months have passed since I last wrote in this blog. However, so much has happened since my last post… I suppose it only makes sense that 60 days have come and gone.

It’s been a roller coaster ride of emotions and events. When I last blogged, we were looking at my breast cancer fight being about as simple of a battle as you could have. Surgery, chemo, boom, done.

Instead, it’s been anything but that simple.

Originally, we said my breast cancer tumor to be a whole 2 mm in diameter. The tip of a crayon. Unfortunately, my MRI showed the total involved area to be closer to 5 cm, which means I’d have to have chemotherapy before surgery in an attempt to shrink it in size.

I’ve still never felt a lump, as it’s not just one lump that size. It’s an area of involvement that my oncologist said is in such a way that he wouldn’t have been surprised if I’d told him I’d had a previous biopsy come back benign. Basically, its a lot of small spots that total up to 5 cm.

It turned out, though, this all made me a prime candidate for a clinical trial. I jumped at the chance to help further advance the science to beat breast cancer. As part of the trial, they needed a full baseline of my body, so I had more medical tests than I ever could have imagined having. Eye exam. Echocardiogram. CT Scans. PET Scan, Ultrasound. All the things. I even did genetic counseling to try to determine if I had a genetic predisposition for cancer.

The good news is, I was found to be in good shape… mostly. My heart is delightfully average. Eyes healthy. No genetic markers for cancer. Everything checked out except for one thing: a lymph node in my neck on the opposite side of the cancer “lit up” on the PET Scan indicating an active process happening in it. My oncologist broke the news to me that it looked like the cancer had spread to the lymph node.

My world. Stopped. It was a gut punch of all gut punches. I thought getting diagnosed with breast cancer was hard. Being told it had metastasized so fast…. there are no words for it. Especially since I was all alone at that appointment because it was supposed to be super routine.

However, I had a hard time believing it. Just as my gut knew I had cancer, my gut was disagreeing with the diagnosis. So, I requested a biopsy. I practically begged for a biopsy. I wanted to know without any doubt what was happening with that lymph node. I had read stories of women fighting breast cancer and lymphoma at the same time. I needed to know that wasn’t what was happening with me.

My doctor said he would reach out to my surgeon about doing the biopsy while I was in surgery to place my port (which they use to administer chemo). But he also felt certain the cancer had spread and we needed to get on top of it before it got worse. An extra disappointment was that this all kicked me out of the clinical trial.

I had my port surgery, and they opted to just remove the entire lymph node for biopsy. It was only about 1.5 cm in size anyway. And the wait was on… when would I get the results? What would they be?

Meanwhile, I spent my days trying to come to terms with the fact that I was Stage 4. I would tell myself and everyone around me, “I’m not dying today or tomorrow. I’m going to fight to be here for years to come.” But I was still facing my own mortality. I didn’t know when I would die, but I had a pretty good idea what was going to be the cause of it. Some day.

But still a dark cloud loomed over me and everything around me. I told my husband once that waking up was the worst part of the day, because it was like being given the news all over again. Every. Day.

The day of my first chemo, a friend took me. My husband was on the road, and I wasn’t going to do this alone. She was sitting with me when my oncologist came in well past my appointment time. He apologized for being late, but he was chasing down my lymph node biopsy results.

I was not and am not Stage 4. In fact, I’m Stage 1B. And my treatment plan was being actively adjusted to reflect that as we spoke. I don’t remember much outside of grabbing my friends hand in shock. I was going to beat this thing for sure. I was ready to go to war right in that second… and we did.

I’ve now completed two rounds of chemotherapy, with 4 more to go. I’ll have surgery following chemo, then probably radiation. I’ll continue a full year of immunotherapy, and then (based on my personal research) I’ll be on a hormone drug for 5 – 10 years to help avoid recurrence.

Side effects have been relatively mild, but they definitely keep me on my toes. Without a doubt the worst side effect I deal with is bone pain from a drug they give me to rebuild my white blood cell counts. Everything else is mostly an annoyance. My first round I prominently had diarrhea. This second round it’s been fatigue. I’ve also dealt with acne, and I’ve had to shave my head.

I joke, though, that I guess I don’t know how to have cancer. Because when I read what other women are going through and feeling, I find myself going, “I’m… not.” When people ask me how I am, with a very concerned look on their faces, I feel weird saying, “I’m good?” Even more that I mean it when I say it.

I’m not letting it get me down. I’m still so optimistic and hopeful. I feel emotionally strong. I feel good enough to work here and there. And I still want to be social.

SO MUCH of this comes from the incredible support team I have around me. Family and friends have rallied behind me and around me in ways I could have never dreamed of happening. My spirits are high because my heart is so full.

Maybe some of this also comes from the whiplash of thinking I was Stage 4. Suddenly a bad thing doesn’t seem so bad when there are worse things. I think, too, that happened to me to prepare me mentally and emotionally for things down the road. I’ll be more caring and understanding of others. I’m learning from everyone around me how to handle a friend going through something tough. And I see places where I’ve fallen down on being a good friend in the past.

I am, and will, find ways to turn this challenge into a blessing. In the mean time, I will continue to keep my head high and fight hard to beat this thing. One day at a time.

This group of beautiful women came together today

My shifts at the Taproom are sporadic right now. A

This is the fourth (?) time I've been honored to h

An evening enjoying @houseofspiritssoiree with @hr

I had no idea my church has a quilt ministry, wher