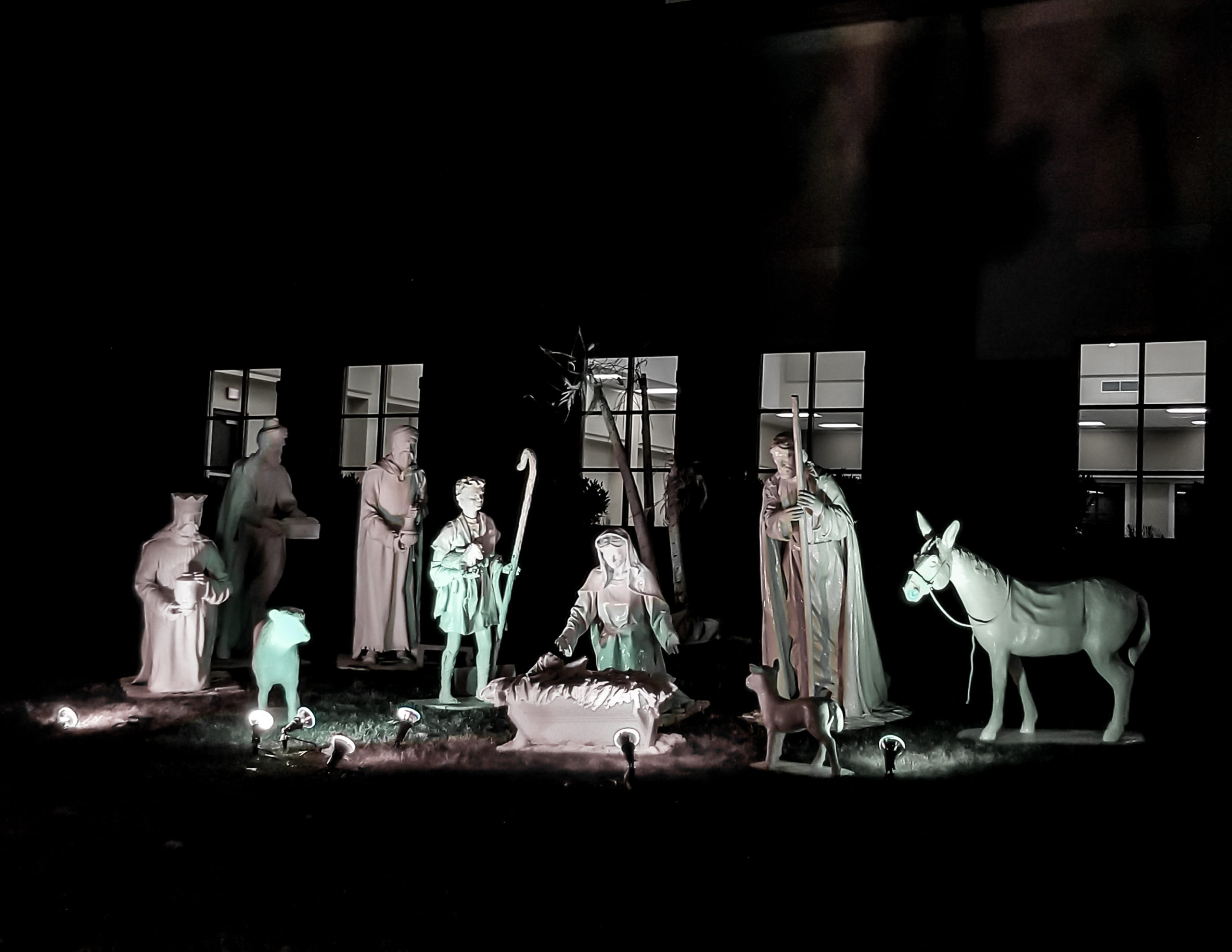 Ever know something, but not really KNOW it? Like, you know this one fact, but the weight of it doesn’t really click until you have this light bulb moment and suddenly it all makes so much more sense. This has happened to me a lot in the last month, but perhaps the biggest one was last night regarding (ironically and no pun intended at all) The Epiphany.

This all started with people asking, “When do you take your Christmas decorations down?” Most answers ranged from the day after Christmas to New Years Day, but then there was this large segment of people answering, “Epiphany.” The number of times I saw this answer really floored me. I knew what the Epiphany was, and I knew that its a traditional date to aim to keep your decorations up. But in this busy world, I was surprised to find so many holding true to this tradition.

I was NOT surprised by how many people asked, “What’s this Epiphany thing?”

Well. Its the twelfth day after Christmas. Yes, that one. The Twelve Days of Christmas isn’t about the 12 days leading UP to Christmas. It’s the 12 days AFTER Christmas. (December 25 – January 5) Mind blown? Yeah, mine was the first time I really realized that fact. And the idea is that took 12 days after Christmas for the Magi (aka Three Wisemen aka Three Kings) to find the baby Jesus. They came carrying gold, frankincense and myrrh. It is the day that Jesus is revealed to be the Son of God.

Epiphany is celebrated on January 6.

In church last night, the priest mentioned that some people throw big parties celebrating Epiphany. And I had to smile.

My wedding Anniversary is January 6, and 13 years ago we threw one heck of a party.

The date we originally wanted for our wedding was already booked at the reception hall, so we opted to move it up by a week. It ended up being a huge blessing, as Texas iced up completely the weekend of that original date and the event at the hall we used had to be canceled.

Our wedding day was sunshine, and the temperature flirted with 70. Right after the ceremony it rained ever so gently and ever so briefly as we darted from the back of church back to the front for pictures. A very special moment as we agreed it was my husband’s Mom giving us her blessing from heaven. Fast forward a bit, and my husband left out on tour a few days after our wedding (postponing our honeymoon)… again, the date change was a blessing.

It wasn’t until this year, though, that the date also being the Epiphany carried any sort of weight for me. I’ve known for years our Anniversary was on this holy day. But I didn’t TRULY understand its importance. Not REALLY. I had a light bulb moment last night, and it made me smile. It just makes me love our Anniversary date even more.

But what makes me love my Anniversary most is who I share it with. I did a little thing recently that was a, “talk about your relationship” type Q&A. And I always laugh when asked, “First date?” Because there isn’t one. We were friends for years prior to “dating.”  I occasionally joke that we went from friends to engaged, because the line is so blurred in there. There was no, “Will you be my girlfriend/boyfriend?” I remember one day he referred to me as his girlfriend and I thought to myself, “Oh I guess we ARE dating now. Cool.” That just shows how informal the start of our relationship was. But we’ve made up for it since, with a surprise beach proposal and a wedding in the church where two previous generations of my family also married. We’ve been through a lot over the last 13 years, but I also know in a lot of ways life’s been kind to us. We’ve weathered every storm and we’re stronger for every one.

So as I sit here watching football on the couch, I smile with complete contentment and happiness. It was a wonderful Christmas. The last twelve days have been a blur of days that seem to have no up nor down. Half the time I didn’t know what day it was, but I knew I was enjoying the down time from normal. We have dinner plans tomorrow night and will celebrate our special day. I am sure immediately following that we will be right back into the swing of life. But for today we are delightfully normal, if not almost boring… and I wouldn’t have it any other way.