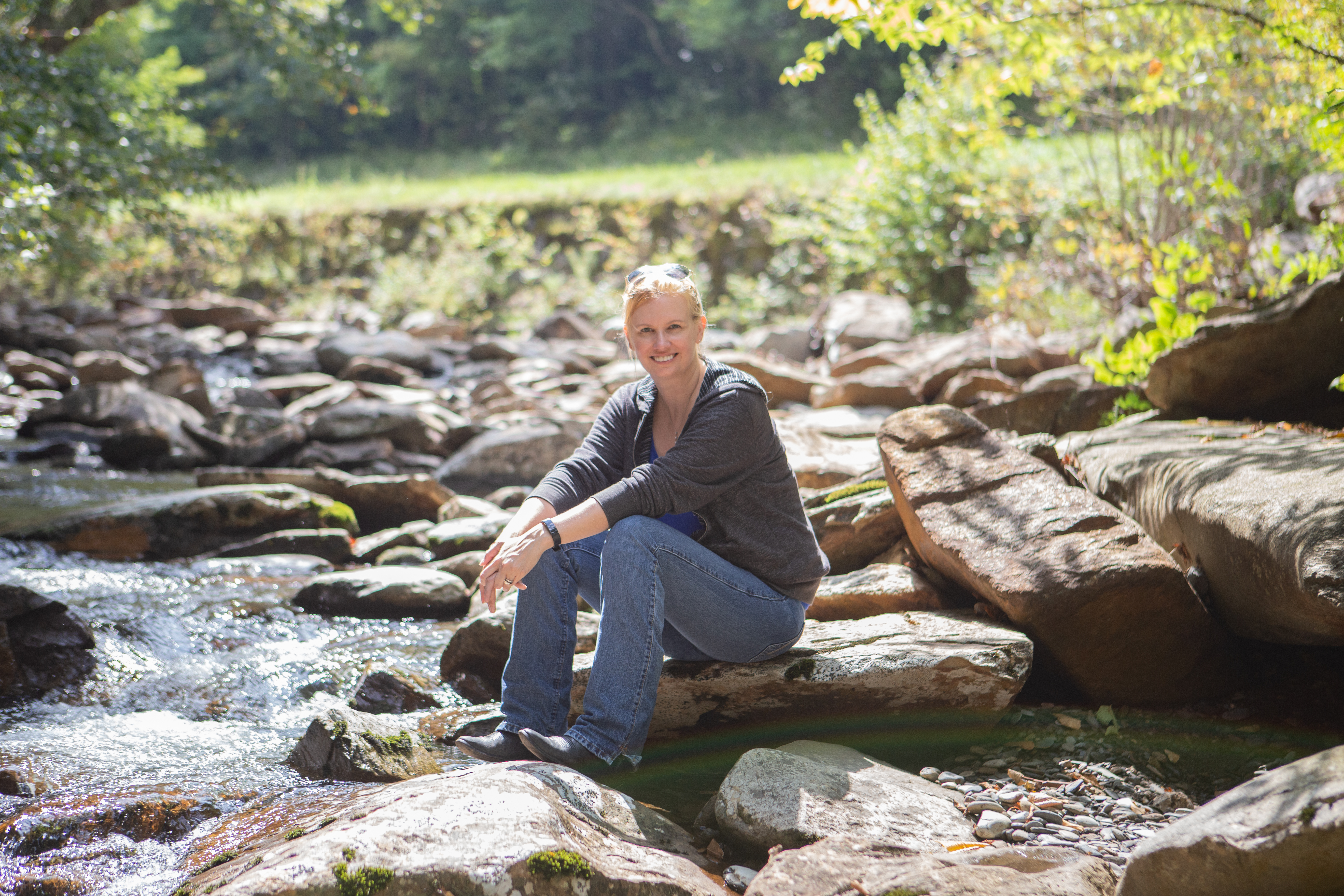 The hardest parts of any blog post that I write are the opening and the closing. I imagine myself coming up with some sort of witty attention grabbing opener, and then ending it with some sort of sage advice that makes people want to come back and read more of my posts.

In reality, I usually sit staring at a blank screen for longer than it takes me to write the whole post, and then I just abruptly stop writing.

Today, I sit in an awesome coffee shop in the town square of my little town. It reminds me of something I’d expect to see in a bigger city. And the coffee… oh my. I am glad this is out of my way to come over here, or else I’d have to give this place its own little line item in the budget. So delicious.

I came over here specifically to write this blog post, and I’ve wasted half an hour staring at the screen once again, trying to decide how to start. While driving over, though, my mind raced with ideas and thoughts. I have so much to say! I have so much to share! How do I discipline myself to take the time to put it all down “on paper” and share it with the world?

The fact is, I have too many things I am passionate about that there just aren’t enough hours in any given day. Let’s face it: What a wonderful problem to have!!

Monday was a fantastic example of so many of my passions colliding into a 13 hour period. I was absolutely exhausted upon returning home, but to say my heart and soul were so full would be a serious understatement.

My day kicked off heading to help with the golf tournament I’ve helped with for the last… how long has TAMU been in the SEC? 8 years? Has it really been that many years!? My first tournament was in 2013. (I had to go back into Facebook to find that out.) WOW. I seriously had no idea I’d been part of this amazing event for that many years.

Anyway, we now raise money for Amputee Blade Runners, which is one of the most incredible organizations I’ve had the opportunity to get to know. We all take for granted things like walking, running, jumping, etc. But for many people, those are luxuries… or so insurance says. ABR steps in and makes those “luxuries” possible for so many who have been dealt a tough blow of losing a leg or foot.

I help with the golf tournament representing Texas A&M University with the ACC-SEC-B1G Leadership Council in Nashville. I starting out initially as just a representative of my university, and in hopes of doing a little networking. I’ve long since created friendships that will stay with me for life. I’ve learned about ABR, and previously CASA (Court Appointed Special Advocates, who were our previous beneficiary). We work to raise money to help them, but what they don’t know is how much they’ve helped us… or at least that’s the case for me. This event and these groups have made me far more aware of my blessings, and, I like to think, a better person.

I took photographs, and I delivered beer to the event from the brewery where I work. Another unexpected passion of mine… Yazoo Brewery and beer.

When I moved to Nashville, about all I knew about beer was, frankly, Coors Light and a few malt beverages. My husband made it his mission to introduce me to GOOD beer, and he helped me expand my tastes. I quickly learned I like wheat beers, but not so much IPAs.

I lived in Nashville for 10 years when I made my way onto the substitute list at the Yazoo Brewery Taproom. Three years later, I’m super passionate about Yazoo, the people that run Yazoo, and I’ve willingly let it take over a huge part of my life. So to be able to now pretty much be the representative of Yazoo with the tournament just makes me happy. I love sharing our product. I love helping people find THEIR beer preferences. I respect when people say they don’t like beer, but I also love trying to find that one exception to their dislike. That one style that makes them go, “Oh I like this!”

Anyway, back to Monday. I came as the TAMU rep, the Yazoo rep and a photographer for the event. Unfortunately, I couldn’t stay and shoot the entire day because I had a second gig that day.

But I got one super important moment photographed:

WOW! That check presentation made my heart SO HAPPY.

Not long after that presentation and after a quick wardrobe change (I was going from a golf tournament to a black tie event), I headed to downtown Nashville to shoot the 49th Annual Nashville Songwriters Hall of Fame Gala. This wasn’t the first year for me to help shoot this event, but it was the first time I went to such an event so relaxed.

I’ve been doing photography for awhile now. I’ve only been shooting bigger events like this, though, for maybe three or four years. So there’s often still this element of, “Don’t screw this up” in my subconscious. This year, however, I realized I had done this before, and I could do it again… and I’d do it better. I’d learned a lot from the last time, and I was able to correct mistakes I’d made.

Now, that’s not to say I didn’t still make mistakes. There’s a couple photos I looked at on my laptop after the fact that I am kicking myself over screwing up. But I’m also giving myself some grace and saying, “Another lesson learned the hard way. Do better next time.”

However, I have to admit to a little bit of imposter syndrome that I suffered at one point.

See, I am at heart still a very passionate country music fan. I mean, lets face it, if I wasn’t the country music fan that I am, I’d have never met my husband. I’d not live in Tennessee. I wouldn’t be ME. So I will never, ever, ever deny my passion for true, great country music.

At one point on Monday night, I stood in the middle of the tables of around 1,000 people in some way tied to the country music industry. At almost every table I saw an artist that I instantly recognized. My brain turned into a jukebox shuffling through the records that are the soundtrack of my memories. And for a minute I went, “When is someone going to look at me and say, ‘What do you think you are doing here?'” I had a moment of self doubt. However it was instantly followed with a moment of self congratulations.

When I left my very first concert, I said, “I don’t know what it is, but I want to do something close to the music industry.” And I joke today to be careful what you wish for, because the music industry now runs my life! But to be standing where I was and to know I belonged there… I was SUPPOSED TO BE THERE. I just… I had a moment.

The event honors the songwriters… the people that fans don’t generally know unless they take the time to look it up. But these are the people who are the START of every great song on the radio. They’re the lyricists. The true poets. Most aren’t famous, but people know their words. They are some of the most humble people you could ever get to meet. They’re the true creatives that you might not even give the time of day if met on the street.

As they were honored, their speeches touched me time and time again. Again, I’m a country music fan first, so seeing the people behind some of my favorite songs made me SO happy. Hearing their stories made me feel so inspired.

One thanked his Mom and Dad, “for the Gibson guitar I was too young to have and you were too poor to buy.” Another thanked (among others), “the waitresses at Waffle House who work the overnight shift and still put on makeup and fix their hair” because it’s their stories that inspire her.

One made note of the random events in life that lead him to where he is today, including a book report in junior high on the Grapes of Wrath. Another recounted the days of being absolutely broke and questioning their decision to be a songwriter… but how love and support of their spouse was enough.

Finally, I heard Nashville called the Emerald City, and I was saddened by how cynical I’ve become towards the city… and I realized that maybe I need to step back and be thankful for where I am, what I am doing, and for the opportunity to pursue my passions.

Nashville has provided to me and awakened within me so many things that make me happy. Things I truly believe I was meant to do and be. And I know that some day it’ll pat me on my shoulder and send me on my way to new passions and new dreams… and it’ll have given me the tools I need to achieve them all. And for that fact, I am am deeply grateful.